Skip to content
Previous
Next
Dry
0%
Wet
0%
Snow
0%
Comfort
0%
Noise
0%
Treadwear
0%
Overall
0%
at Amazon.com at DiscountTire.com at PriorityTire.com at SimpleTire.com

The Toyo Extensa HP remains a great value-packed choice for an all-season high-performance tire for sport coupes and sedans. However, Toyo tweaked the design and features of the original Extensa and came up with the Extensa HP II.

But nothing was lost in the translation. The Extensa HP II has the same unidirectional tread design as the first-gen Extensa HP. Perhaps the biggest difference between the two is the rubber compound. The Extensa HP II benefits from a special silica compound for stronger wet handling and longer wear. This will address the wear issues of the Extensa HP.

This review will focus on the Toyo Extensa HP. If you want to read more about the new Extensa HP II, I created a separate review for that here. And since the Extensa HP is a previous model, it is easy to find a great deal on these tires, but only if you can find them. Stocks are becoming very limited so act fast if you really want the Toyo Extensa HP.

It’s not like comparing apples to oranges. It’s like both tires share the same DNA. The Toyo Extensa HP has always been a solid choice for an affordable high-performance tire. It doesn’t grip like an extreme performance or racing tire, but it offers tons of grip in changing weather conditions.

But the Toyo Extensa HP has a weakness: it wears faster than advertised. It’s not as bad as you might think. But if you’re the type who likes to drive fast (or if you bring your car to the track), the Extensa HP will wear a bit faster than usual. Another complaint is the lack of grip in wet or snowy roads, which is a big no-no for an all-season tire. But in my experience, it all depends on how fast you’re going. If you’re cruising on a wet highway, you won’t feel the alleged shortcomings in wet grip and braking performance. But for vehicles equipped with larger engines and higher top speeds, you’ll need a set of ultra-high performance tires like the Toyo Proxes 4.

Toyo listened and came up with a better alternative. The second-gen Extensa HP II makes do with a special silica-based compound to address the shortcomings of the Extensa HP. So does this make the new Extensa HP II better? Will it render the Extensa HP obsolete?

Not quite. If you have a high-performance car that requires an athletic set of tires, go straight for the newer Extensa HP II. But if you demand more grip and performance from your daily driver, the Toyo Extensa HP is right for the picking. Considering the price difference between the two, tire dealers will happily give you a discount for choosing the Extensa HP over the HP II. You have the economies of scale working in your favor.

What are the features of the Toyo Extensa HP?

The great thing about the Toyo Extensa HP is the number of features you get for the money. It has a unidirectional tread design for good looks and excellent all-season traction. The treads are designed using Toyo’s Silent Wall Technology to give the tire a quieter and smoother ride.

The Toyo Extensa HP also comes with a set of four wide circumferential grooves. This enables the tire to evacuate water, mud, or snow as you drive. Toyo was kind enough to give this tire a multi-function taper design. This further assists in water dispersion while helping to increase tread life. 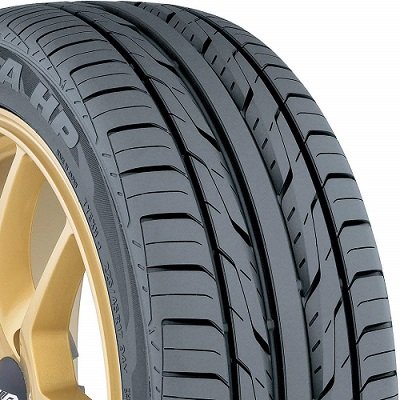 How does it perform in wet and dry pavement?

The Toyo Extensa HP is making no qualms about being an extreme performance tire. Back when it was released, the Extensa HP is an entry-level performance tire. It was never meant for fast cars or tuned vehicles. It is a step up from the OEM all-season tire in a stock vehicle, and it does it without asking too much in terms of price.

With that being said, the Toyo Extensa HP performs quite well in both wet and dry roads, but only if you don’t push too much. The tires are capable of providing adequate traction and grip at faster speeds in straight-line driving. Cornering is a different matter. If you’re gentle with the throttle and steering inputs, the Toyo Extensa HP will oblige gracefully. But don’t expect the same behavior in ham-fisted driving.

But for the daily city grind or occasional highway use, the Toyo Extensa HP is many times better than an ordinary all-season tire. It gives your vehicle a sportier and more aggressive feel without ruining the ride quality.

Is it comfortable for extended highway driving?

Yes. The Toyo Extensa HP is a quiet cruiser. However, the rubber tends to get noisier as the speed rises. But then again, this will also depend on the NVH tuning of your vehicle. But if you really want a silent ride, the Extensa HP II is quieter still. Whatever the case, the Toyo Extensa HP is quieter and more refined than cheaper Chinese-made alternatives.

How about the wear characteristics?

Toyo is not ashamed to admit the Extensa HP falls short in terms of wear. But again, it’s not too bad to merit a poor score. Like I mentioned above, the tire is more than adequate for normal city driving. But if you do a lot of high-speed driving on the highway, you will definitely notice the poor wear characteristics of the Extensa HP.

Should I buy the Toyo Extensa HP?

If all you need is a basic performance tire for everyday driving, why not? The Toyo Extensa HP is also more affordable than the Extensa HP II, but stocks are running out fast.

But if you demand a higher level of performance, you should focus your sights in the new Toyo Extensa HP II instead. 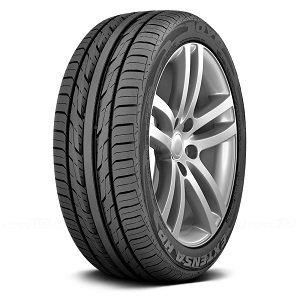