Skip to content
Dry
0%
Wet
0%
Snow
0%
Comfort
0%
Noise
0%
Treadwear
0%
Overall
0%
at Amazon.com at TireAmerica.com at TireRack.com at DiscountTire.com at TireBuyer.com at Prioritytire.com at SimpleTire.com

In the past, SUVs, crossovers, and trucks were pretty cumbersome to drive on the road. They were mostly used for towing and hauling, and for off-roading. Things have changed, though. Today’s trucks, crossovers, and SUVs have a much better on-road capability, with driving dynamics that are very close to what you’ll get from vehicles that sit lower to the ground.

With the change in on-road dynamics, there was also a need for more dynamic tires. One such product is the Michelin Premier LTX. The SUV/crossover touring all-season tire is designed for better on-road dynamics, regardless of the surface. With this tire, Michelin believes that it has the answer for SUV, crossover, and truck owners in North America, specifically those that drive mostly on paved surfaces.

Michelin isn’t alone in this category, though. As a matter of fact, the steady rise of sale numbers of those vehicles opened the door for many manufacturers to enter the segment. The Premier LTX is not only competing with premium products from Pirelli, Bridgestone, and Continental, but also with a budget-friendly alternative from Cooper Tire, General Tire, Hankook, Kumho, etc.

And, right of the bat, the Premier LTX doesn’t seem like a good buy – it’s simply too expensive for some people. However, the past has taught us that we shouldn’t take Michelin tires for granted. The company invented radial tires after all, and it consistently beats or competes with the best tires in any category. Purchasing a Michelin tire means investing in safety, comfort, and durability. It has been like that for decades.

The Premier LTX is a tire that covers a significant portion of vehicles that sit high from the ground. Michelin made it available in 34 popular sizes, ranging from 16-inch wheel diameter to 22-inch wheel diameter. With that program, the company covers most crossovers on the market.

These include smaller vehicles like the Toyota RAV4, Ford Escape, and Honda CR-V, but also luxurious crossovers like Porsche Cayenne and Jeep Grand Cherokee, and anything in-between. Even better, you can fit the Premier LTX on real old-school SUVs, such as Jeep Wrangler and Toyota 4Runner, and on light trucks, such as Ford F-150, Toyota Tundra, and Ram 1500.

That said, the Premier LTX isn’t available in LT-metric sizes. What this means is that you can’t have the tire available in high load ratings. In other words, towing very large trailers or hauling very heavy payloads is out of the question. Michelin does have a tire for those folks, though, and it’s called the Defender LTX.

The big question is – how does the Premier LTX stack up to the competition? The crossover/SUV touring all-season segment already has some excellent tires, most of which undercut Michelin’s product in price. To see how the Premier LTX compares, you’ll need to scroll down, where you can find all the information you need before purchasing.

Before we jump to conclusions, though, let’s see what features the Premier LTX has that make it so expensive.

What are the features of the Michelin Premier LTX? 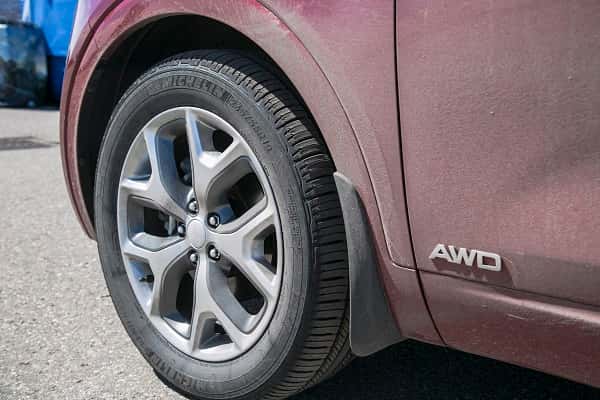 According to the French manufacturer, the main focus of the engineers was to produce a tire with ultimate all-season safety, high level of comfort and luxury, and long treadlife. The main culprit behind these qualities is Michelin’s Total Performance package, which consists of several technologies.

As claimed by the company, the package utilizes innovative technologies to bring multiple performances together, such as strong braking, excellent driving control, all-weather traction, and enhanced fuel efficiency.

The first component of the Total Performance package is, of course, the advanced tread compound. On the Premier LTX, Michelin used an extreme silica and sunflower oil enhanced rubber compound, which increases traction on wet surfaces, and even in very cold temperatures.

One of my favorite things about the Premier LTX is the EverGrip Technology with Expanding Rain Grooves around the tire’s circumference and Emerging Grooves across its shoulders. With this feature, Michelin ensures that the tire stays safe on wet roads and light snow, even as the tread wears down.

The internal construction of the Premier LTX is standard for the touring category. It features twin steel belts reinforced with spirally wrapped polyamide cord on top of a polyester casing ply, all of which work together to enhance high-speed stability, durability, and comfort.

Michelin employed the standard tread wear indicators (TWI’s) on the Premier LTX to help the driver track tread depth easily. These indicators are narrow bars made of smooth rubber that sit recessed into the circumferential grooves of the tread.

As the tire wears down, the indicators will start to become more visible. When they are completely flush with the surface of the tread, Michelin recommends immediately replacing the tires. Otherwise, you risk severely worsened wet traction and almost non-existent snow traction. The minimum tread depth on the Premier LTX is 2/32-inch or 1.6mm.

Fortunately, Michelin’s products are known for excellent treadlife, and the Premier LTX is no exception. The owners of this product are very satisfied with how long it lasts. However, it would’ve been great if Michelin provided a better treadwear warranty.

The Premier LTX only comes with a 60,000-mile or 6-year treadwear warranty, which is lower than the class-leading 80,000-miles some tires offer.

The Premier LTX competes directly with the best touring all-season tires in terms of dry handling and braking. I found that the tire is very responsive and that it sticks to the road outstandingly well. High-speed stability is also exceptional, even on some larger and heavier vehicles.

Overall, there is not much to choose from between the Premier LTX and its main premium competitors – all modern touring tires perform at a very high level on dry surfaces. 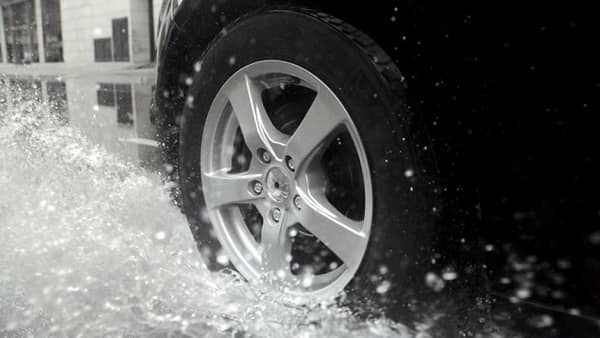 The Michelin Premier LTX raises the bar of what a crossover/SUV all-season touring tire can do on wet surfaces. At this moment, the main competitors aren’t even close in rainy conditions.

It all starts with the handling, which feels very secure and stable – the Premier LTX achieves the highest cornering speeds on a wet tarmac in the category.

Moreover, the braking distances are also the shortest, and not by a small margin. The hydroplaning resistance is also class-leading – the Premier LTX can drive through very deep puddles of water.

So, if you often encounter rain when driving, I can’t think of a better tire than the Michelin Premier LTX. 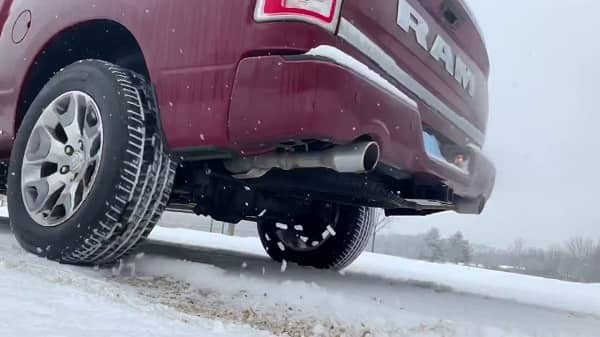 For drivers that live in areas with mild winters, the Premier LTX is an excellent choice. The tire handles outstandingly well on dry surfaces in freezing conditions, and it brakes swiftly.

I also found that the Premier LTX is usable over light snow. The traction is good, and braking isn’t very bad. Still, a proper winter tire will provide you with much, much better performance on snow and ice.

The Premier LTX isn’t designed for off-road driving. You will get some traction on hardpacked surfaces, but the tread compound might be damaged through the process. If you need a more capable tire for dirt and gravel, Michelin has the Defender LTX.

Right now, the Premier LTX is one of the quietest touring tires for crossovers, SUVs, and trucks. The ride quality is also excellent – it absorbs both smaller and larger imperfections on the road. Suffice to say; the Premier LTX is a great companion on long road trips.

Should I buy the Michelin Premier LTX? 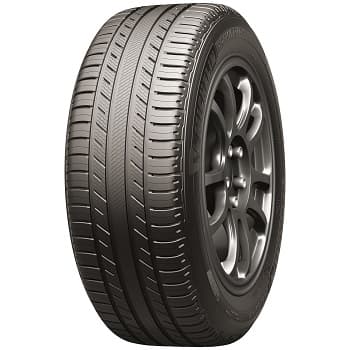