Skip to content
Dry
0%
Wet
0%
Snow
0%
Comfort
0%
Noise
0%
Treadwear
0%
Overall
0%
at Amazon.com at TireAmerica.com at TireRack.com at DiscountTire.com at PriorityTire.com at SimpleTire.com

Back in the day, if you asked a tire technician which product to buy, the first answer probably would’ve been Michelin. The French company is the most famous tire manufacturer in the world, and for a good reason – they invented the radial tire, and always strive to improve the performance of its products.

Today, though, the competition is fiercer than ever. Not only Bridgestone overtook Michelin for the largest manufacturer in the world, but the French company also faces attacks from other premium brands and even budget-oriented brands.

Now, having competition is never a bad thing. Actually, Michelin seems to be innovating faster than ever, which consequently leads to even better tires. One such product is the CrossClimate SUV – an all-season/all-weather touring tire for crossovers and SUVs.

The CrossClimate SUV tries to do the seemingly impossible – give the driver high levels of traction on all surfaces, including snow and ice. Now, we’ve heard many companies praise the all-season qualities of their tires, only to find out later that the snow traction is far from usable.

When Michelin tells us something, though, we learned to listen. The French manufacturer always pushes the boundaries, and we expect the same to be true in the CrossClimate SUV. And, as can be seen, by the tread pattern, this tire is unlike any other on the market.

The reason why Michelin calls the CrossClimate SUV an all-season tire, though, is that it believes that the tire is excellent both in warmer and colder conditions.

Naturally, we put those claims to the test. In this detailed Michelin CrossClimate review, we cover everything from dry, wet, and snow traction, to durability and comfort.

You can find our thoughts down below, but before we do that, let’s see every feature Michelin used in the CrossClimate SUV to make it perform well in a variety of conditions.

What are the features of the CrossClimate SUV? 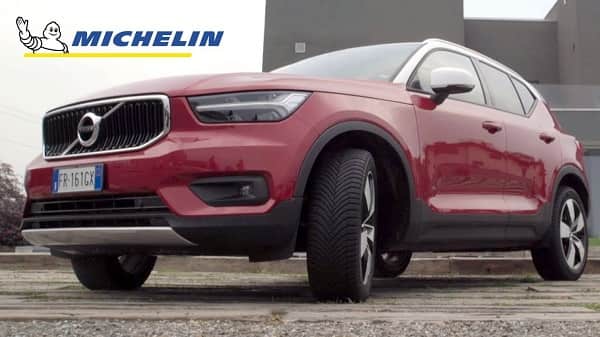 According to Michelin, the CrossClimate SUV is a tire designed to give SUV and crossover drivers all-weather traction, including wet and snow traction.

To achieve these things, Michelin used an extreme silica tread compound. The rubber compound is designed to maintain flexibility at lower temperatures, while also remaining firm enough in the summer.

Moreover, Michelin boasts about high levels of grip in both warm and cold conditions, which is interesting to see in an all-weather tire. Furthermore, the tread compound was also designed with durability and treadwear in mind, something that most Michelin tires are known for.

Moreover, the bevel-edged tread blocks and 3D self-locking sipes, and Emerging Grooves are another design choice that you wouldn’t see in many competitors. Actually, the design of the tread pattern shows that Michelin isn’t afraid to innovate – the CrossClimate SUV looks different from every other all-weather tire.

The tread design serves several purposes. First of all, Michelin wanted to keep the high levels of grip in dry conditions, somewhere where other all-weather tires usually fail. Then, the highly-directional tread pattern also takes care of water evacuation and snow traction.

Thanks to the extreme-silica tread compound and highly-directional tread pattern, the Michelin CrossClimate SUV got the 3PMSF symbol for severe snow requirements.

The internal construction of the Michelin CrossClimate SUV is more traditional than the tread pattern or tread compound. It consists of a single-ply polyester casing supported by twin steel belts. This design should give the tire toughness, which then improves directional stability.

Like in most all-season and all-weather tires, Michelin utilized the traditional TWI’s (tread wear indicators) into the tread grooves of the CrossClimate SUV.

These indicators are essential for safety because they show the driver when the tire isn’t capable of delivering safe and reliable wet or snow traction.

When the tires don’t have sufficient tread depth, they lose to ability to provide the driver with good traction on wet and snowy surfaces, which might lead to long braking distances and unsafe handling.

The TWI’s are small rubber inserts built into the grooves. When the tire is new, these inserts are recessed into the grooves, even though they can be seen upon closer inspection.

The minimum tread depth of the CrossClimate SUV is 2/32-inch. When your tire comes to this point, you should immediately replace it with a new one, or you risk severely limited wet and snow traction.

The TWI’s can show you when the CrossClimate SUV has a tread depth of 2/32-inch. As the tire wears down, the indicators will become more visible, and they will be completely flush with the surface when it comes down to 2/32-inch.

Moreover, Michelin is a company that should be trusted for durability – most of its products win many treadwear comparison tests.

In my experience thus far, all-season tires don’t stand a chance against summer tires on dry pavement, and all-weather tires fare even worse. However, Michelin managed to make the CrossClimate SUV handle almost like a true summer tire, which is an outstanding feat.

The tire doesn’t feel as responsive behind the wheel, for sure, but it comes close to summer tires in terms of outright grip, traction, and braking. Actually, the braking distances are the shortest in the all-weather category – they even caught me off-guard.

Meanwhile, the CrossClimate SUV handles very well – the cornering grip is the best of any all-weather tire. And, the best thing about this tire is that it works both in hot summer days and freezing winter days. The competition has a lot of catching up to do if it wants to rival the CrossClimate SUV on dry surfaces. 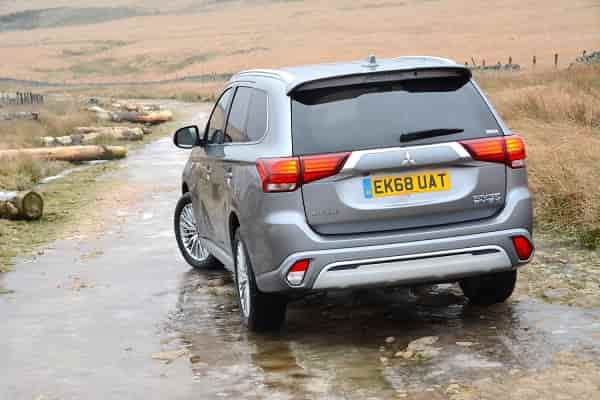 From the get-go, the CrossClimate SUV feels very planted in rainy conditions. The hydroplaning resistance of the tire is among the best in the category, while the cornering speeds it achieves are very competitive, too. 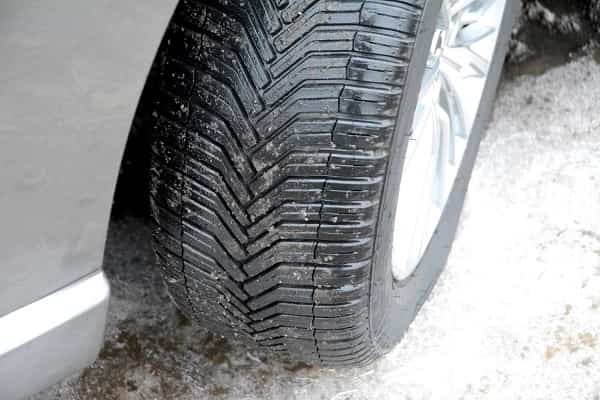 Performance on snowy conditions follows almost the same story. The CrossClimate SUV handles slippery conditions quite well. Behind the wheel, it feels planted enough for a carefree driving experience, and the tire possesses enough traction for getting you out of deep snow.

Nonetheless, somewhat surprisingly, the CrossClimate SUV didn’t fare well in snow braking tests. The braking distances aren’t dangerously long, but they are still longer than the competition, even some budget-friendly models. It seems that snow braking is the Achilles heel of the directional tread design.

Until now, we’ve become used to Michelin tires being extra comfortable and quiet. Sadly, the CrossClimate SUV doesn’t follow that trend, at least in terms of noise.

Probably due to the highly-directional tread pattern, the CrossClimate SUV is very noisy on the highway, even when compared to some all-terrain tires.

The ride quality is plus, sure, but the noise really hampers the overall experience.

Should I buy the Michelin CrossClimate SUV?

The Michelin CrossClimate SUV is one of the most accomplished all-weather tires on the market. The French engineers managed to design a product that equals the dry handling of a summer tire, yet provides the driver with ample traction on snowy roads.

And, while the CrossClimate SUV has some disadvantages, the greatest one is certainly the price. For example, the Vredestein Quatrac 5 offers similar performance at a much lower price point – almost 30% to be exact.

So, yes, you should put the CrossClimate SUV into consideration, especially if you are prepared to pay more for the premium qualities. However, check the competition as well – you can find great deals there, too! 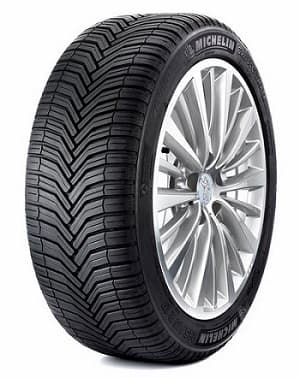