“This post contains affiliate links, and I will be compensated if you make a purchase after clicking on my links.”

Michelin is arguably the best tire manufacturer in the world. The French company’s creators actually invented the pneumatic tire at the start of the 20th century and changed the automotive world forever. And they didn’t stop there. Michelin invented the radial tires, which increased the performance abilities of automobiles but also dramatically increased the longevity of the tires. Moreover, the French tiremaker also created the first run-flat tire in 1934!

Recently, the company again shook the world with the invention of airless tires, which can’t be punctured. Expect these tires to be standard in the next few decades. Was that enough to convince you that Michelin makes great tires? If not, you may want to continue to read forward. In this article, I’ll compare the most popular tire lineups from the company – Defender, and Premier.

Both models cover seemingly the same types of vehicles and come in similar sizes. However, the similarities stop there. Michelin Defender vs Premier are different in many ways, including the way they drive and how long they last. Michelin even focuses on different types of customers when they develop and design these products.

They have some things in common, though. For instance, you can’t go wrong with either product. Michelin invests a lot of funds in R&D, and its products are always among the best in their respective categories. Purchasing tires from the French company means investing in your family’s safety and ensuring long-lasting performance from your tires. I’ve never been disappointed by Michelin tires, and that’s especially true for the Defender and Premier families of tires.

With that said, there are numerous products within both ranges, all designed for different types of vehicles. Let’s see which are they and then jump onto the differences between the model lineups.

10 Year Anniversary Sale – Up to 50% off of thousands of tires
Valid through July 18, 2022
Available at SimpleTire.com 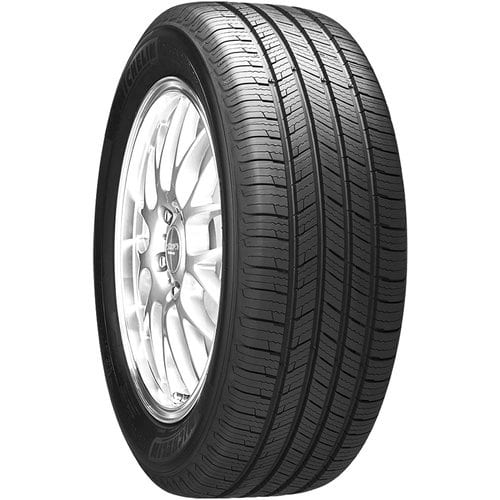 In other words, grand-touring tires are more geared toward owners of faster premium cars, while standard touring tires are for regular cars. However, that is not always the case – you can put Defenders on your Mercedes-Benz¬ , and Premier’s on your Chevrolet.

So, what does all that mean? Well, highway tires are designed for heavy-duty tasks. In other words, they are geared toward owners of heavy-duty trucks and off-road-focused SUVs. Cars like the Ford F-150 and Jeep Wrangler are all great candidates for a set of Defender LTX’s. 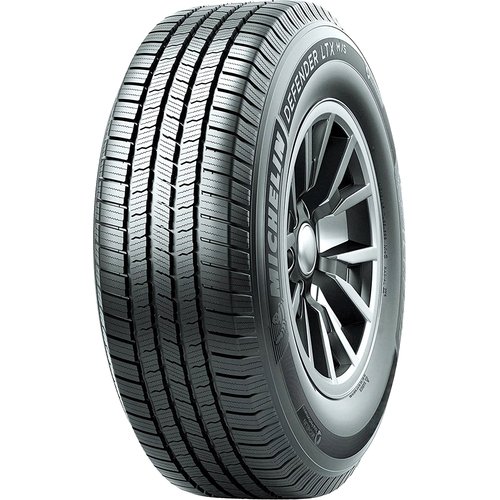 Meanwhile, the Premier LTX is designed for road-focused SUVs and crossovers. These tires aren’t designed for heavy-duty applications, such as towing very large trailers. However, they also offer better on-road performance and comfort. The Premier LTX is great for Honda CR-V, Toyota Sequoia, and Chevrolet Tahoe. 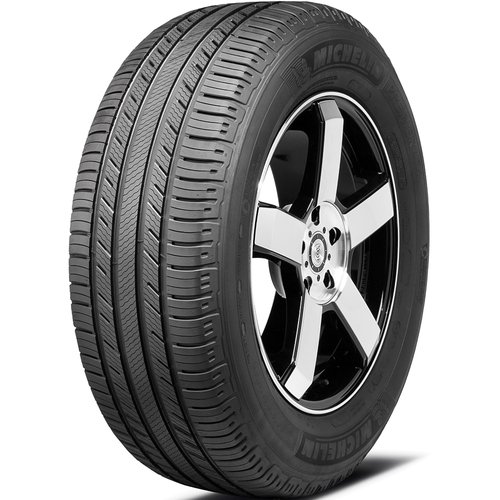 Again, though, you can put Premiers on your F-150 and Defenders on your Tahoe. Just keep in mind that the latter model comes in higher load ratings and is better suited for heavy-duty work.

Most Michelin tires will provide you with a positive driving experience. The company designs tires that provide good responsiveness and steering feel, and the Defender and Premier lineups aren’t an exception.

However, there is a difference between both. The Premier lineup will provide you with much better responsiveness, and it will feel better behind the wheel. Defender tires aren’t bad at all – they are actually one of the best in their respective categories.

Still, if you want the best possible driving experience, there is no question that the Premier lineup works better.

Both the Defender and Premier tires work outstandingly well on dry roads. Even if you try them side by side, you probably won’t notice the difference, provide you drive on public roads. At normal speeds, these tires will provide you with more traction that you will ever need. They also provide some of the best stopping distances in their respective categories and the best cornering grip.

Nevertheless, and I think you already know where this is going, the Premier lineup fares better. In controlled scenarios, you can easily tell the difference if you push the tires to the max. The Premier’s offer a much higher grip in the corners, stop better and give you better acceleration traction. Therefore, if you value a sportier driving experience, these tires are definitely the way to go.

Keep in mind, though; you will only feel these differences during high-performance driving. For daily driving, both products perform excellently.

Like with dry traction, Michelin’s tires are among the best in the rain. In this case, though, the difference between the Premier and Defender lineups widens. But that’s because the Premier lineup is absolutely incredible in the rain. It fares so well that it even beats most competitors when its tread is worn-down 50%.

Seriously, you need to try Premier A/S and LTX in rainy conditions. The hydroplaning resistance is simply outstanding, even in very heavy rain. They simply cut through puddles of water. Moreover, there is a lot of traction on both damp and wet surfaces, outstanding cornering grip, and excellent stopping power.

Even more impressive is the way that Premier tires feel in the rain. Your vehicle will be easily controllable at the limit, which gives you more confidence to push forward.

The Defender lineup is also excellent for rainy conditions. However, it’s evident that it has less traction and grip overall. The hydroplaning resistance is excellent, though, and overall, you won’t be disappointed.

Both products have the EverTread Compound, which keeps the wet traction for longer than comparable tires.

In terms of snow and ice traction, the Premier and Defender lineups are closer together. Both will provide you with usable traction on light snow but won’t be the best choice for icy surfaces. That’s because these tires have an all-season tread compound, which isn’t designed for very harsh wintry conditions. If you live in areas with freezing winters, you might want to purchase a set of winter tires – Michelin has some excellent ones.

Between Premier and Defender, though, the former works slightly better. It feels more controllable in the snow and provides shorter braking distances. The differences are very small, though. Thus, I think that the slightly better Premier snow performance shouldn’t be a factor in your decision.

Both lineups are among the best in their respective categories in terms of comfort. They have excellent ride quality but without the softness of some cheaper tires. Also, they produce only a slight tread growl, which is drowned by engine and wind noise.

Between Premier and Defender, though, I think that the former is slightly better. That’s especially evident in the ride quality, which feels better on bumpy roads but also on smooth highway pavement. Please put an accent on that “slightly better,” though.

For instance, the Defender T+H comes with an 80,000-mile treadwear warranty, compared to only 60,000-miles for the Premier A/S. This means another season of driving in the US on what is already a cheaper tire.

There is a clear winner when it comes to cost – it’s the Defender family. On average, the difference is around 20%, which isn’t insignificant. That is expected, though, especially since the Premier family is designed for more luxurious driving experience and utilizes the latest technologies.

If you read carefully, you probably learned that there is no winner here. One product might work better for you, but it might not for other drivers. When choosing between Michelin Defender vs Premier, you need to first choose your priorities.

For drivers that value durability and safe traction for daily driving, the Defender family of tires is simply outstanding. Contrarily, drivers that want more joy behind the wheel and value performance driving will be better served by the Premier A/S.

It’s really that simple – you should purchase tires that work best for you. Only then you’ll be completely satisfied with the purchase!

7 thoughts on “Michelin Defender vs Premier: Which is Better?”

“This post contains affiliate links, and I will be compensated if you make a purchase after clicking on my links.”