Skip to content
Previous
Next
Dry
0%
Wet
0%
Snow
0%
Comfort
0%
Noise
0%
Treadwear
0%
Overall
0%
at Amazon.com at TireAmerica.com at TireRack.com at DiscountTire.com at PriorityTire.com at SimpleTire.com

Cheap motoring doesn’t always mean bad motoring. In my European driving experience, small city cars are often the most cheerful to drive thanks to small and peppy engines, and agile chassis. That said, due to their skinny tires, these vehicles don’t have enough grip or traction to be driven seriously fast in the corners. In other words, they’re fun to drive, but not what you’d call safe.

The tires I’m talking about are called passenger tires. This tire type is specifically made to be cheap to buy, to last for a long time, and to have reliable traction over dry and wet surfaces. Such a tire is the Firestone FR710 – an all-season passenger tire designed to give its owner good all-round capabilities at an affordable price.

You’d probably want this tire if you own a compact or sub-compact vehicle, such as Chevrolet Cruze, Dodge Neon, Ford Focus, Honda Civic and Fit, Nissan Versa, Note and Sentra, Saturn Vue, Toyota Corolla, and Yaris, etc. The FR710 is very cheap to buy and strong enough to withstand the weight of these vehicles and the power of their engines.

Firestone offers specs and dimensions that will also fit mid-size vehicles and minivans, such as Honda Accord and Odyssey, Nissan Altima and Quest, Toyota Camry and Sienna, etc. That said, we would still recommend going for a set of touring tires for those vehicles because they come with more powerful engines and achieve much higher speeds on the highway.

The Firestone FR710 competes with all-season passenger tires such as the Continental TrueContact, Goodyear Assurance ComforTred, Bridgestone Ecopia series, and the General Altimax RT43. In this detailed review of the Firestone FR710, you will find out how it performs through various tests, and also how it compares to its direct rivals in the all-season passenger category.

What are the features of the Firestone FR710?

Before we jump to our rigorous testing, let’s first see what Firestone has to say about their budget-oriented all-season offering. “The FR710 brings technology, affordability, and popularity together,” they say on their website. More precisely, they’re talking about the UNI-T technology that offers outstanding traction on both dry and wet surfaces.

Also, the tire has a wider footprint that adds comfort and makes the ride quieter, even at higher speeds. For increased treadlife, Firestone designed the FR710 with continuous shoulder ribs, while the tread is also filled with multiple sipes for better snow traction. The FR710 is branded as an M+S tire, which means that it is only suitable for use in light snow and not in very harsh winter conditions.

Apart from these features, there’s really not a lot more about the FR710. Even from a design standpoint, it looks like a budget-oriented offering. Compare it to the Continental TrueContact, and you’ll see that Firestone didn’t really put a lot of effort in designing a good-looking tire. The tread design is also pretty standard, similar to other tires in its category. That doesn’t mean that the FR710 is bad, mind you, it’s just that its competitors seem to put more effort into their budget offerings. 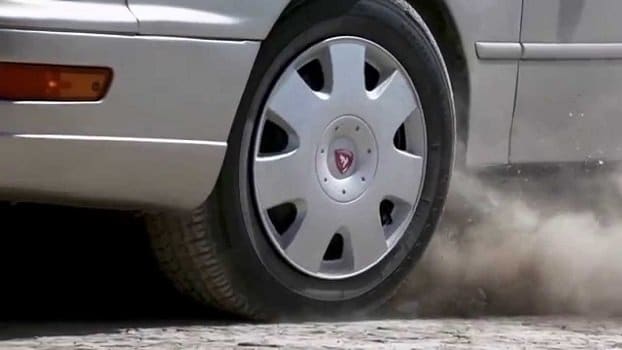 The Firestone FR710 isn’t equipped with maintenance or wear indicators, or at least not that we know of. Firestone doesn’t even mention them on their website. Instead, they suggest using the penny test, which by now has become a standard for measuring tread depth.

Given the fact that its competitors have tread wear indicators built into the tire, we would’ve liked Firestone do that as well. Still, if you don’t want to make the penny test by yourself, Firestone Tire and Auto Service Professionals will inspect your tires for free.

But, would you need to check the FR710 to wear anytime soon? The quick question is no; you would not need to. The FR710 comes with 65,000-mile treadwear warranty, which seems fine for a passenger all-season tire with lower price than usual.

However, a quick look on the warranty other manufacturers give and it becomes clear that the FR710 trails them by a significant margin – the Continental TrueContact comes with outstanding 90,000-mile treadwear warranty, the Goodyear ComforTred Assurance with an 80,000-mile warranty, while the budget-friendly General Altimax RT43 comes with 75,000-mile treadwear warranty. Those tires seem to be more durable in the real world, too, with owners reporting better wear resistance than the one of the Firestone FR710.

It seems that we’re too harsh on the FR710 here, but the reality is that its competitors have stepped up the game in recent years and the time has come when Firestone has to make the same jump to be competitive.

The Firestone FR710 is primarily designed to be used on compact cars, sedans, and minivans. Sure, some sizes may even fit smaller crossover vehicles, but that doesn’t mean that you should use it for off-road driving. This tire lacks the proper tread depth to provide you with high levels of traction on slippery surfaces filled with mud or sand.

That said, like every all-season tire out there, the FR710 can be used on gravel and give sufficient grip. Just be sure that you don’t drive too fast, as the braking power of these tires on gravel is nowhere near one of all-terrain tires for example. Be careful, and you should be fine.

In few words: it performs okay. However, when you look into it in a more detailed manner, the FR710 is only adequate when compared to the best all-season tires. First of all, responsiveness is pretty good for the category, which was surprising, to say the least. Traction is also good, but not phenomenal – premium competitors from Continental and Goodyear offer even better traction.

The side-to-side grip is also average for the category, but certainly sufficient for everyday driving. Braking performance is pretty strong, which is perhaps the most important thing here. In other words, the Firestone FR710 won’t set the world on fire with its handling abilities, but it is still a reliable tire that provides a completely safe driving experience.

Truthfully, there is nothing wrong with the FR710 on slippery and wet surfaces, but there is nothing outstanding either. When viewed in isolation, the Firestone provides the driver with sufficient traction and grip in wet conditions, and it also resists hydroplaning reasonably well.

However, when you compare it to other models in the category, the FR710 shows weaknesses. Competitors from Continental and Bridgestone have much better traction in wet conditions, and they have shorter braking distances as well. This doesn’t mean that the Firestone isn’t safe – it’s just that its rivals are much better.

As we’ve previously said, the Firestone FR710 is M+S rated, which means that it can also be used in light snow. However, you should take that with a grain of salt because the FR710 doesn’t offer enough traction, even in light snow. While its competitors are surely not great in this category, they still offer more reliable traction and shorter braking distances. The FR710 might be good for cold weather on dry pavement, but it doesn’t have sufficient traction for snow.

Suffice to say, if you live in areas with harsh winters, a set of winter tires is a much, much better bet. The FR710 is only usable in areas with mild winters with little to no snow.

The Firestone FR710 was surprisingly comfortable over bumps, even on cars with harsh suspensions. This is probably its main advantage it has over its rivals, and it’s a positive surprise given the responsive nature of the tire. Noise is also not a very big issue, even on the highway. However, the Goodyear Assurance ComforTred is even quieter, and this can be felt on sub-compact vehicles with worse sound insulation.

Should I buy the Firestone FR710?

You should probably look elsewhere if you want the best passenger all-season tire. The Firestone FR710 may seem like a good budget offering, but the General Altimax RT43 beats it in almost every aspect, and it’s cheaper still. That said, if you come across a big discount on these tires, they will still offer you a reliable and safe driving experience. If not, go for the Altimax RT43. 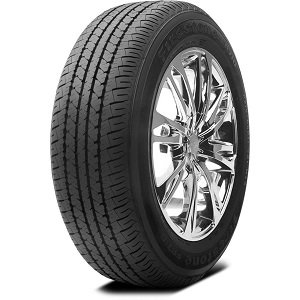