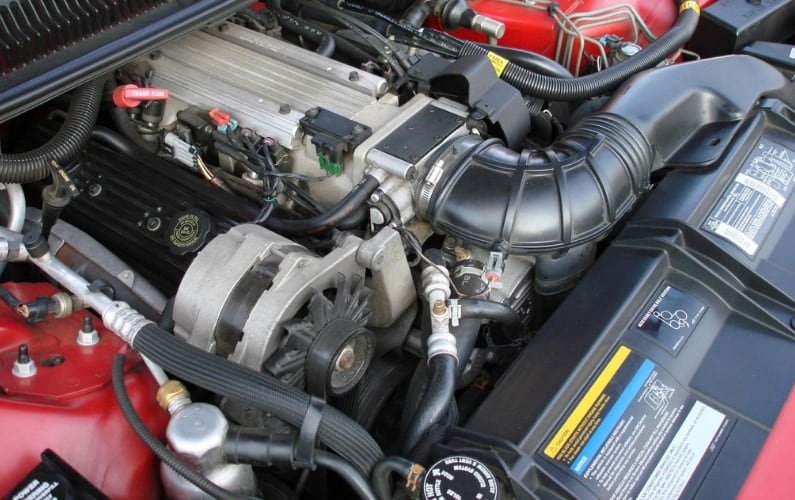 What are the signs of a bad EGR valve, and how to find out when should you go for engine maintenance? The information in this article will answer your question.

The EGR valve is an essential part of the engine that returns a portion of the exhaust gas to the air intake. As a result, it can help to reduce the NOx pollutant concentration.

EGR valve will help reduce pressure on the engine and help the engine operate smoothly. If the EGR valve gets trouble, you will probably encounter stalling or difficulty starting the car.

But, when you are in trouble, how can you know if it is an EGR valve problem or not? We want to say that it is essential to find out What are the Signs of a Bad EGR Valve because you can only solve the problem without destroying your car’s engine once you know its origins.

What is the Mission of EGR – Exhaust Gas Recirculation?

The exhaust gas recirculation valve or EGR valve is responsible for allowing the exhaust gas from the engine to return to the intake manifold and re-enter the combustion chamber. A Vacuum or an ECU will control this valve.

After entering the combustion chamber, the exhaust gas will mix with new air and reduce the temperature of the combustion process. Thereby, it can reduce the amount of NOx generated. The EGR valve will close if the engine does not work. And once you drive your car at high speed, the valve will open gradually depending on the control signal of the ECU.

EGR valve plays an important role in the engine

Both petrol and diesel engines consist of exhaust gas recirculation. On older models, you will see the lid is round, thin, about three inches in diameter, and controlled by a vacuum tube. This vacuum tube is connected to throttle or carburetor.

The EGR valve body consists of a vacuum diaphragm, springs, and pistons. And there are some differences among the older and the brand-new car:

Process of Exhausting the Engine Gas

The air entering the engine contains 80% nitrogen and 20% oxygen and a small number of other components. When the air combines with fuel and burn, the temperature can reach 1370 degrees C.

What are the Signs of a Bad EGR Valve?

If the valve is blocked, the exhaust will continuously enter the combustion chamber and will cause the following bad EGR valve symptoms:

2. Valve Gets Stuck and Close

If the EGR valve is stuck and closed, it will prevent exhaust gas from entering the engine and cause the following symptoms:

Is There Anything that You Can Do?

Well, after finding out the common symptoms of a bad EGR valve, we think your next question is, “what should you do” and “is there anything that you can do by yourself to fix it?”

We think what you can do is check the problems carefully because the EGR valve is not the only factor that leads to an increase in the number of hydrocarbons. Besides, EGR valve, there are so many other factors that result in the same situation, for example, leaking injector, wrong ignition timing, compression ratio, damaged oxygen sensor.

Typically, the increase of NOx in the exhaust gas is due to leakage of the vacuum, clogged injectors, low fuel pressure, or leaking of the lid. If your car’s engine shakes when running in moderation, it could be a consequence of a vacuum leak or damage to the ignition system.

Thus, the symptoms are very diverse and caused by various causes. So you need to check the EGR valve and other parts to identify the problem. For cars equipped with electronic EGR valves, you can use a diagnostic machine to identify the error code and see if it is an EGR valve problem or not.

Finally, to make sure that your engine is healthy if you face any of the above signs, you should bring your car to the garage to get professional rechecked.

And the EGR will help to keep your car engine strong and healthy. So you must have some knowledge of “what are the Signs of a Bad EGR Valve and what you can do.