Primewell is a relatively new tire brand in North America and one that creates a lot of confusion among buyers. Many people think that this is just a new Chinese tire brand, but actually, Primewell operates under the umbrella of Firestone (Bridgestone) in North America.

Meanwhile, in other markets, the brand is associated with Giti Tires, a company from Singapore that, in 2019, became the 11th largest tire manufacturer in the world. Both Firestone and Giti well-respected tire manufacturers, but does that mean that you should purchase Primewell tires?

Not so fast. Primewell tires are a cheap option, designed primarily for owners of older vehicles. For example, if you own a 90’s Corolla or Civic and want a new set of tires, these might look like an enticing option. Because let’s be honest, nobody likes to pay more for tires than the price of the car itself.

Now, at least in my opinion, that’s wrong. Tires aren’t only there to make your car move – they are an essential part of safety. Bad tires are the main culprit for most accidents that happen on public roads, which is why purchasing very cheap tires shouldn’t be an option.

Price-wise, Primewell competes at the low end of the segment, but not as low as Lionhart or Lexani tires. If you ask me, that’s a good thing because those companies aren’t exactly known for offering high-quality products.

So, how good are Primewell’s? If you want a straightforward answer, I already included it in my title. However, if you want to learn more about these products, read on. This Primewell tires review contains everything there is to know about these tires, including the main positives and negatives.

Moreover, right down below, I’ll give you my list of the best Primewell tires, including a short review and the biggest advantages and disadvantages. Let’s dig in!

The Primewell All-Season is a tire designed for owners of smaller passenger cars and minivans. The tire provides the driver with a safe and stable ride in both dry and wet conditions, but with below-average traction in snow.

The passengers won’t complain much – the tire is very quiet and comfortable. However, the treadlife is far from impressive for the category, and the same can be said for the 45,000-mile treadwear warranty.

Thanks to the summer tread compound, the PS890 grips the road surprisingly well. There is ample traction both on dry and wet surfaces, and the hydroplaning resistance is very good as well.

That said, Primewell doesn’t provide any treadwear warranty on the tire, and the treadlife is far from impressive. 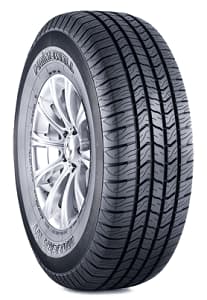 Designed for owners of trucks and SUVs, the Valera HT is a reliable all-season tire that provides the driver with good traction overall. Also, like most Primewell tires, the Valera HT has a smooth ride quality.

Nonetheless, noise is present on the highway, and Primewell doesn’t specify any treadwear warranty on its website. That said, the price is also very low for the category. 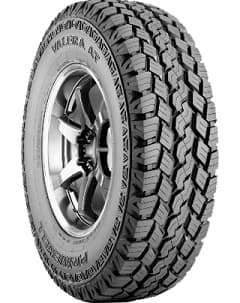 The all-terrain version of the Valera works great on hardpacked surfaces – traction is great there. On-road traction is also very good, regardless of the surface is dry, or covered in water or snow.

Moreover, Primewell provides the best treadwear warranty on this tire at 50,000-miles. Still, the Valera AT does have some issues – noise is present on the highway, steering feel isn’t great, and challenging off-road conditions should be out of the question. 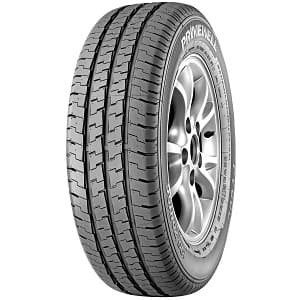 The PV600 is a commercial-grade tire for full-size pickup trucks and vans. The tire is made from a very tough and durable casing, which helps for the support of very heavy roads. Meanwhile, stability and handling are very good, even when the vehicle is loaded.

That said, despite the multiple sipes across the tread pattern, the PV600 isn’t the best choice for driving over snow and ice.

Primewell has a good portfolio of tires that includes models in the most popular categories. The most popular products in the brand’s lineup are the touring tires, which are designed to fit modern and older passenger cars, such as compact cars, sedans, and crossovers.

Primwell also offers SUV and crossover touring tires, as well as highway and all-terrain tires for larger SUVs and trucks. Meanwhile, the company also has light-truck and van tire in the lineup, and a full range of commercial truck and bus tires, including steer tires, drive tires, trailer tires, and all-position tires.

That said, Primewell only works with all-season and summer tread compounds – there is no winter tire on its website. Here is the hope that the company will launch such tires in the coming years.

Primewell tires aren’t the cheapest option on the market – far from it. However, the price is still accessible for most people, even those with very tight budgets.

Moreover, the price difference between Primewell and brands like Lexani and Lionhart is not very significant, and it’s mostly related to the higher material quality, better design, and more tests made on the tires before they hit the road.

Excellent Comfort Throughout the Range

Most Primewell tires are primarily tuned for a comfortable ride. More accurately, they offer very smooth and plush ride quality on smooth and uneven roads. Primewell also focuses on providing drivers with a quiet ride, even at higher speeds.

Comfort qualities are very important for buyers. The ride quality and noise are the first things every amateur driver notice in a new set of tires. So, if you purchase Primewell tires, the first impressions will be very good indeed.

Tuned for Safe and Reliable Handling and Braking

Most Primewell tires should provide you with safe handling on dry roads, and also usable traction on wet roads. That is, of course, if you don’t drive too fast or too aggressively.

Primewell tires are safe, there is no doubt about it, but they are still off the pace in most categories, especially in wet conditions. For the price, they are completely fine, though, which is probably the thing that most drivers want to hear.

Not Tuned for Aggressive Driving

Primewell tires may be safe in most conditions, but they are far from the best choice for aggressive driving through the corners. Push them harder, and the tires will quickly lose grip. Moreover, due to the smoother ride quality, the tires aren’t overly responsive – the steering feel isn’t great.

If you want to have fun behind the wheel of your sports car, skip Primewell’s performance models. The tires are fine for daily driving, but they don’t have enough grip or responsiveness to satisfy the needs of enthusiast drivers.

The treadwear warranties that Primewell provides are nowhere near the class averages. In addition, they are also worse than some slightly more expensive competitors, which sometimes offer 50% longer warranties.

For people that want to save money on tires, that’s not insignificant. Simply put, the less your tires last, the more often you’ll need to replace them, which defeats the purpose of the lower price in the first place.

If you want to save money the next time you purchase tires, you might want to consider Primewell, a brand that operates under the umbrella of Firestone.

The tires from this company don’t bring anything new to the market, especially in terms of technology and performance. However, I think that most people will be satisfied with the purchase, specifically those that don’t seek ultimate driving performance.

Just make sure that you do the math before purchasing. Some slightly more expensive tires might offer longer treadwear warranties, which means that they will be a cheaper option in the long run.