Using old tires can bring many economic benefits. However, it is not safe at all as it can cause serious accidents. That's why you should never buy used tires. 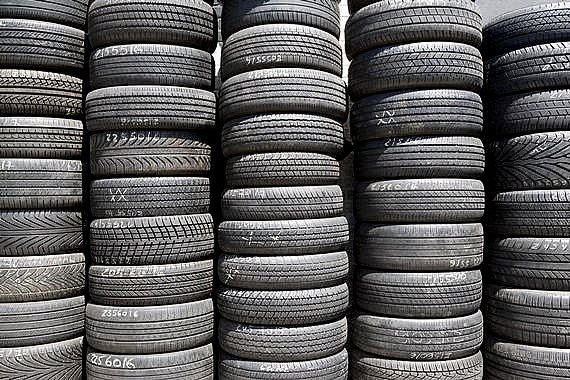 Used tires can cause serious accidents

Today, cars are a type of vehicle used by many people. In the era of the car boom, owning a car is not too difficult. However, many people often want to save the maximum cost when reusing the used tires.

Typically, when tire replacement is necessary, the use of old tires will bring about economic benefits. However, only a few people know that this is not safe at all. Old tires are often discarded and reused and then sold to local stores at low prices.

As in Germany, which is known as the most potent car supplier in the world, most of the used tires have been tested to detect the tread depth of the tire that reaches three millimeters.

After that, these tires are transferred to many places in the world. The car manufacturers reuse them by some specialized methods to increase the depth of the tire.

According to a tire safety survey, 4/67 used tires to meet safety standards and are sold legally. In contrast, 97% of used tires on the market today are purchased illegally.

Before finding out whether storage time affects the quality of automobile tires, you need to know how to determine the time of production through a code on the tire wall. It is a 4-digit cluster embossed on the side of the tire and at the end of the sequence of numbers starting with the word DOT.

There is no specific standard for the shelf life of unused tires. The American Rubber Manufacturers Association (RMA) says tires are rated for wear and damage based on impact factors, such as temperature, load, pressure, operating speed, and other causes.

Meanwhile, Michelin representative shared that the tire is considered to expire depending on two factors: the distance travelled and the wear and tear of the tread surface. Unlike fruit or food, tires stored for 2-3 years can still be used if properly stored and following the manufacturer's warehouse standards.

However, Michelin still has the same opinion as to the British Rubber Manufacturers Association (BRMA) about not using tires six years old for the car. In particular, tires that have been shipped for ten years must be replaced or recycled regardless of whether they are used or not.

How Dangerous Is the Use of Used Tires?

First of all, it is necessary to talk about the recycling of old tires by carving, glueing and creating new deep grooves, which are very dangerous for vehicles. On the tire, there are ribs and grooves — the contact area of the tire with the road surface is the field of the tire ribs.

Breaking and rebuilding old tires will not ensure the safety parameters like the qualified products. Once worn, the grooves should not be reused, because in the process of grooving will cause the fibres inside the rubber shell to break.

Also, the bearing strength of the shell will decrease. The grip and friction coefficient will be unqualified, which quickly lead to traffic accidents. It is very dangerous for vehicles to travel on the highway in such a situation.

Besides, tires are considered old when the tread depth of the tire drops to three millimeters. At this time, the grip of the wheels will be significantly reduced.

If moving in rainy and windy weather, it is easy to be slippery, which is dangerous for other vehicles as well as the driver. Meanwhile, the standard depth of the new tire is eight millimeters.

If using an old tire, it may even cost you more due to the need to replace the tire many times. Therefore, it isn't straightforward to find an old tire with the same level of depth as the rest of the car since the standard of all tires must be equal.

The Age of the Tires

Age plays a vital role in the degradation of tire structure. Tire manufacturers have warnings about tire age and tire replacement after six years from the date of manufacture - this is a safety period whether used or not used.

The method of recognizing the age of a tire is as follows: there are four numbers printed on the outside surface of the tire indicating the time of tire production, of which the first two numbers are weeks, the remaining two numbers are production years.

What Are the Standards for Used Tires Legally Sold?

Under the law to protect the interests of consumers, to have used tires sold legally on the market, the following standards must be ensured:

Currently, cars are a type of vehicle used by many people. Living in an era when the automobile boom, owning a vehicle is no longer too difficult. However, many people often want to take the most advantage as well as save costs when using this type of vehicle by reuse the used tires.

Some old car tires are qualified to use; however, most of them are harmful to your care and driving experience. Hence, remember that's the reason why you should never buy used tires which have a lifespan of more than three years.