Milestar is one of the most represented tire brands on Amazon and very popular for buyers that aren’t prepared to spend a lot of money on tires. The thing is, though, most cheap (Chinese) tires don’t provide the promised performance in the real world, and I suspect that Milestar tires will be the same.

However, I never write off products because they are cheap. Every tire deserves an honest review, and I am prepared to give Milestar one. That said, an honest review also means telling you when something isn’t right.

Milestar is a relatively new company that uses online retailers to sell its products. That way, the company can achieve the lowest possible prices, while still, at least in theory, offer good performance across the board.

Nonetheless, there is a reason why premium tire manufacturers request so much money for their products. Premium tires are made from super-advanced rubber that includes some expensive materials.

Moreover, premium companies spend a lot of time in research and development in order to make their products as good as possible. And, the practice has shown that testing is the single most important thing when designing new tires.

Without testing the tires for hundreds of thousands of miles, the manufacturer will not know how they will handle everyday situations. And, from what I’ve seen, Milestar doesn’t spend a lot of time researching and developing its products, at least not on the level of more renowned tire manufacturers.

Still, that doesn’t mean that the tires are bad, per se. Let’s see if that’s the case in my Milestar tires review, where you can learn about the best products from the company, but also the most positive and negative aspects of owning a Milestar tire. 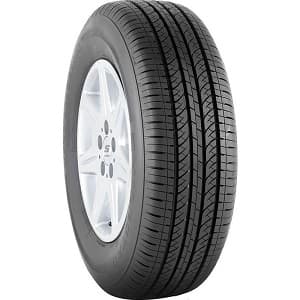 at Amazon.com at DiscountTire.com at PriorityTire.com

The MS70 is the best Milestar tire because it’s aimed at owners of older compact and city cars, such as Civic’s and Corollas. These vehicles aren’t very fast, so the driver probably won’t be able to push the MS70 to the limits.

However, if you can spend more money on tires, there is definitely a difference between the MS70 and premium tires, especially in terms of safety. 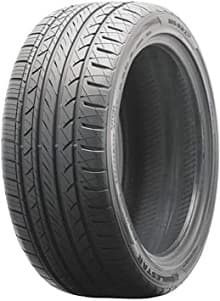 at Amazon.com at DiscountTire.com at SimpleTire.com

The MS932 XP+ has the best grip and traction of any Milestar tire, and it’s also the most responsive one. But that’s expected from an ultra-high-performance model, isn’t it?

However, if you own a sports car and want to attack each corner, you’d be better off with a set of premium tires, which are better in every measurable category.

The WeatherGuard AW365 is arguably the best Milestar tire for wet surfaces. Hydroplaning resistance is good for the price, and the stopping distances aren’t very long. Furthermore, the tire even manages to provide some traction in light snow.

Overall, though, I can think of a dozen other all-weather tires that will perform better in almost every category, especially if you push the vehicle hard. 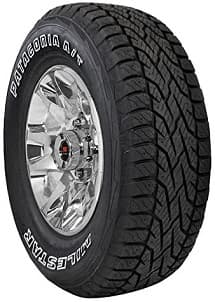 The Patagonia A/T W is a winter-focused all-terrain tire that works surprisingly well over snow, hardpacked surfaces, and even mud.

However, the tire suffers on the road, especially in wet conditions. Also, many people complain about accelerated tread wear and balancing issues. 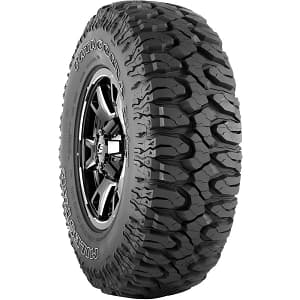 If you mostly cover off-road surfaces with your SUV or truck, the Patagonia M/T will do a much better job than, let’s say, premium all-terrain tires. Thanks to the aggressive compound, traction on slippery surfaces is very good.

However, as soon as you hit the road, be prepared for a loud and uncomfortable ride, and limited performance. Moreover, I’ve heard many people complain about balancing issues, which is certainly not welcome.

Milestar offers a full portfolio of tires, including passenger-car all-season tires, performance all-season tires, SUV and truck tires, and off-road tires. The company also has a comprehensive lineup of commercial tires and even trailer tires.

Have you seen how cheap Milestar tires are? They are not only cheap – they are cheaper than almost any other tire brand, period. Because of the low prices, many people will see them as low-quality products, but I’ve seen many people being attracted by the price, especially those that own older vehicles.

Price-wise, Milestar falls firmly into the lowest end of tires available in North America. That’s especially true for larger sizes, where the savings compared to premium tires are pretty significant. In some cases, Milestar tires are three times cheaper than comparable premium tires from Michelin, Bridgestone, or Pirelli, which is certainly impressive.

Despite the dirt-cheap prices, Milestar still manages to provide a treadwear warranty on its products. Most tires in Milestar’s lineup come with a 40,000-mile treadwear warranty, which is adequate for the price.

However, it’s symptomatic that Milestar provides the same warranty on every product. Premium manufacturers, for example, provide higher warranties on touring and passenger tires and lower warranties on performance and off-road tires.

It might be that Milestar provides the warranty because the buyers want that, and not because the tires last very long. As a matter of fact, many buyers complain on Amazon that their Milestar tires don’t last nearly as long as the company wants us to believe.

So, yes, it’s great to have a treadwear warranty on such a cheap tire, but take this one with a grain of salt.

For daily driving in urban scenarios, the Milestar-branded tires should suffice. They steer when you ask that from them, accelerate when you touch the pedal, and stop when you want to brake.

For those reasons, half of the people that purchased Milestar tires are completely satisfied with the purchase. It’s simple – the tires perform as advertise when driven within normal limits.

Yes, I said that Milestar tires would be fine for urban driving, but that doesn’t mean that the tires are completely safe. The braking distances with these tires are definitely longer than on premium tires, and even some mid-level tire manufacturers.

I know, I know, you don’t care if your tire stops a few feet later. Well, you should, honestly. Those few feet might mean hitting the pedestrian or avoiding him/her. I say this often, and I’ll say it again – there is no price on safety!

Wet Traction is Far from Impressive

Milestar tires might be good for driving on dry roads, but they start to suffer when it rains. If you drive slowly, you will not feel that the tires lose traction, but push your car on the highway, and the tires will immediately show their limits.

To put it simply, Milestar tires don’t have exotic materials in the tread compound, which always affects wet traction. When it rains heavily, most Milestar tires suffer in the handling department and even become unpredictable if you push too hard. Also, the braking distances are much longer than the premium competition.

Now, I know, Milestar offers very cheap tires, and that’s expected, but what about safety? Is saving lives not worth the extra $30 to $40 for a tire? Let me know what you think in the comments below.

Not Suited for Performance Driving

If you want to push your car to the limits, you shouldn’t go for Milestar tires. They simply lack the responsiveness and grip and don’t behave very well on the limit. Push Milestar tires very hard, and they quickly show the under-engineered aspect.

Milestar might be offering treadwear warranties on its products, but owners still aren’t very satisfied with treadlife. Many people that only drove on the highway complain about losing the whole tread after only 25,000-miles, which for all-season tires is very poor.

This also means that you’ll be paying more in the long run. In other words, Milestar tires might be three times cheaper than premium tires, but the more expensive options have up to three times longer treadlife. So, in the long run, the price is almost the same.

I won’t say that there is no market for Milestar tires because there clearly is – many, many people buy them. However, that doesn’t mean that I approve of those purchases.

In simple terms, Milestar tires are simply not worth it. They might be cheap to buy, but they won’t last nearly as long as premium tires, which warrants frequent replacements.

Moreover, if you care about safety, you should know that Milestar tires aren’t the best choice. They don’t brake very well when it rains, at least when compared to premium tires.

Oh, and few feet longer stopping distance might imply much higher cost for repairing your vehicle, or even worse, losing innocent lives. Think about that the next time you want to save big money on tires.