Owning a car means that you’re already familiar with antifreeze, but have you ever noticed why it has different colors? We’ll show you why. 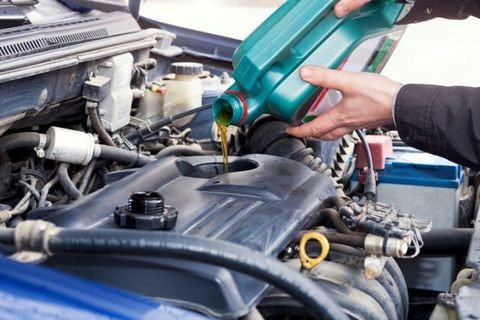 In that way, it keeps the engine from being frozen or overheated, the two most common causes of mechanical problems. Moreover, it can also prevent the scale from building up inside your engine. Without antifreeze, your car’s engine can’t function at its best.

Why does antifreeze have different colors?

While all coolant has the same purpose of regulating engines in extreme temperatures, their different colors are there for a special purpose. They specifically indicate different formulas and technology that have been utilized to protect the cooling system.

Antifreeze (Coolant) has various colors, but it is most popular in green and orange. Using the right coolant is essential for your car, so as you’re researching for your perfect one, we’ll show you the difference between green coolant and orange coolant.

What is green antifreeze? (Green coolant) 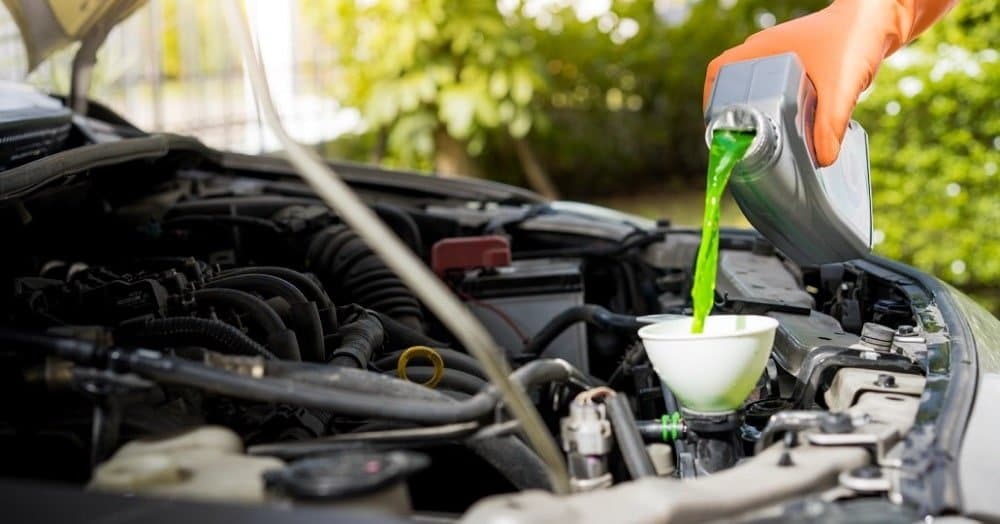 Being the older version, Green Antifreeze utilizes Inorganic Additive Technology (IAT). Made from a mixture of non-carbon elements in their chemical structure, the technology will prevent the car engine from corrosion, especially the metal parts.

This type of antifreeze includes silicates and phosphates, both are great at corrosion inhibition. However, the biggest problem when using phosphates is that they might react to the minerals when in hard water, resulting in scale formation within the cooling system.

Green Antifreeze can last for two to three years until the next flushing and replacement. You can consider flushing and changing your coolant after every 24,000 miles.

What is orange antifreeze? (Orange Coolant) 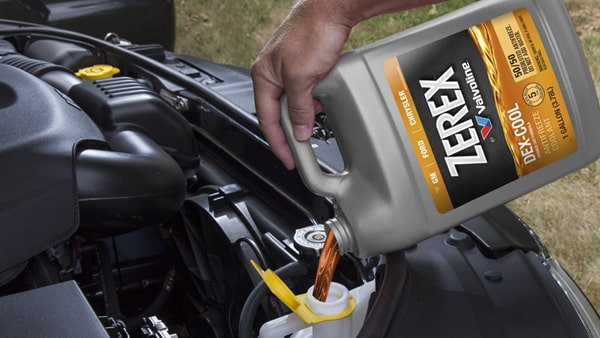 During the 1990s, manufacturers began to opt for new cooling systems material, where more aluminum and nylon are used for the components. This means the anti-corrosion in Green Antifreeze formula no longer works on these new materials.

Since then, Orange Antifreeze was made using Organic Acid Technologies to keep up to a different composition of the later car engine cooling systems. The technology employs organic acid additives that can prevent corrosion as well as cool down the engine.

This type of coolant features carboxylates, which is great at anti-corrosion and prolonging the lifespan of an engine. Carboxylates only interact with metal surfaces that require protection.

The difference between Green and Orange Antifreeze is not only from the technology, but also from its lifespan. Orange antifreeze can last for about 5 years, or approximately 100,000-mile change interval.

But what would happen if I mix two different antifreeze?

Mixing the two types of antifreeze above together isn’t dangerous, it will not cause any big reaction like explosion or other pyrotechnics. However, it is totally advisable by professionals not to do so.

While it will not result in any hazardous chemical reaction, the mixture of Green and Orange coolant will be sludgy, gel-like. Consequently, the thick mixture can’t properly flow through your engine cooling system. In some worse case scenarios, that mixture can even clog up the passageways, causing your engine to overheat or other potential damages.

1. Question: How can I add antifreeze in the engine?

Answer: Here are some of the steps you’d just need to follow.

2. Question: What should I do if the wrong coolant is filled up in the expansion tank?

Answer: Drain the tank completely, then flush the system thoroughly with water. You can use a special mixture for more concentration fluid, but water will work just fine. Make sure there is no left coolant inside to avoid accidentally mixing the two types of antifreeze.

3. Question: Can I mix antifreeze with water?

Answer: Yes, you can. It’s actually advised by many manufacturers to have the antifreeze mixed together with water as too much of concentrated antifreeze might as well overheat your cooling system.
However, you should only use pure, distilled water. Never opt for tap water as it contains minerals that can harm your cooling systems with deposits internally.
Moreover, regardless of which type of coolant you’re adding in your engine, you should always keep it at 1:1 ratio, 50% antifreeze and 50% distilled water.

4. Question: Do I really need to change my coolant when the suggested time comes?

Answer: Yes, even if the tank is still filled up with antifreeze. Antifreeze needs to be checked periodically for any signs of rust, leaks or corrosion. You can even use testing strips to check on the acidity and hydrometer to measure the freezing and boiling point.
This cautious step will ensure your engine cooling system is kept from overheating or freezing. The engine also needs flushing to remove contaminant buildups.

We have compiled the information and show you the difference between green coolant and orange coolant for you to have a clear vision of what you’d need for your car engine. We hope you now have enough information to pick out the correct antifreeze among various types of antifreeze in the market nowadays.

1 thought on “The Difference Between the Green Coolant & Orange Coolant”