Federal is a name that many passenger-car drivers might not know, but the Taiwanese tire manufacturer has a pretty long history in producing tires. That’s important to know, especially because it seems that each year some new budget tire manufacturer arises and tries to steal market share.

However, these manufacturers almost always offer cheap and underdeveloped tires. Instead of research and development, these manufacturers simply mix whatever rubber ingredients are cheaper, and then borrow tread designs from other companies. The results are often sub-par, especially on slippery surfaces.

Fortunately, Federal is not that kind of budget-tire company. Sure, its products are cheaper than the premium tires from Michelin, Bridgestone, Continental, and Pirelli, but not as cheap as some Chinese tires.

Moreover, Federal Tire started as a company in 1954, and then from 1960 to 1979, it worked with Bridgestone on developing new tires. Then, Federal also worked with Sumitomo Tires (1981-2000), a Japanese tire manufacturer that is the fifth largest in the world right now.

After learning from the more experienced competitors, Federal decided to start developing tires by itself. Today, the company distributes its products in 121 countries, including the USA and Canada.

In the enthusiast world, Federal Tire is already well-known with its high-performance tires, which are regarded as good for the money. The manufacturer is also well-regarded within the off-road community with its all-terrain and mud-terrain tires.

Recently, Federal started focusing on producing high-quality winter tires for most passenger cars, touring tires with a focus on performance, and commercial tires for vans.

Overall, Federal has a very comprehensive portfolio of safe and reliable tires. Sure, its products won’t win a comparison against the premium manufacturers, but the tires are relatively good for the money.

To give you a better insight into Federal’s products, I listed my five favorite tires from the company, including a short Federal Tires review and advantages and disadvantages.

After the list, you can also find a short buying guide on Federal tires.

at Amazon.com at SimpleTire.com

The most popular tire in Federal’s lineup is the SS 595 RPM. An ultra-high-performance summer tire with motorsport heritage, the SS 595 RPM offers exhilarating performance at a much lower price point than the premium competition.

On the track, the tire provides the driver with very high levels of grip in the corners and excellent traction for acceleration. Sure, the premium competition is even better, but the difference can only be felt on timed runs. Moreover, the SS 595 RPM brakes very well.

That said, given the fact that this is a performance tire, the steering feel isn’t very impressive. The tires simply lack the sharpness that people associate with ultra-high-performance products. Also, the wet traction is far from impressive.

Still, for the price, the Federal SS 595 RPM is an enticing option for amateur track drivers. 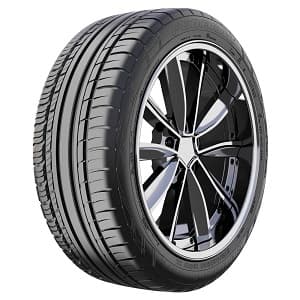 at Amazon.com at SimpleTire.com

The Couragia family of tires from Federal is aimed at drivers of mid-size and large SUVs and trucks. While the off-road models are more popular with the buyers, the FX is actually my favorite model.

The Couragia FX is very inexpensive, especially if you opt for larger sizes. Nevertheless, the tire performs very well on dry roads. The handling is responsive enough, with very good grip and traction, and short braking distances.

Your family will also be happy about the fact that the tire is quiet and comfortable, even at higher speeds. That being said, the Couragia FX doesn’t perform as well as premium tires on wet tarmac, snow, and ice.

The Couragia MT is a tire that’s very popular within the off-road community, primarily because it works great on slippery surfaces.

For the price, you’d be hard-pressed to find a tire that performs this well in mud, but also over large rocks. Moreover, the Couragia MT is also very usable on hardpacked surfaces, and it certainly looks the part.

That said, on-road performance isn’t very impressive. Traction on dry and wet surfaces is only average, and the tire is loud and uncomfortable. Also, some owners report accelerated tread wear. On the positive side, the tire performs excellently in deep snow. 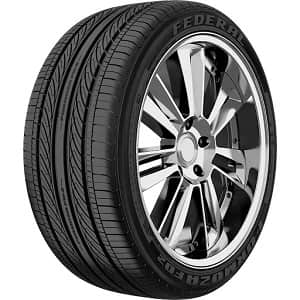 The Formoza FD2 is an enticing option for drivers of compact and mid-size cars. The tire is cheap, yet it offers completely safe handling with short braking distances on dry pavement.

Performance in rainy conditions is slightly worse than the premium competition, but at least the tire remains safe and drivable. Snow traction is insufficient for severe wintry conditions, though.

The best thing about the Formoza FD2 is that it provides passengers with a very smooth and quiet ride. Meanwhile, the treadlife seems to be very good, but it’s a shame that Federal doesn’t specify an official treadwear warranty. 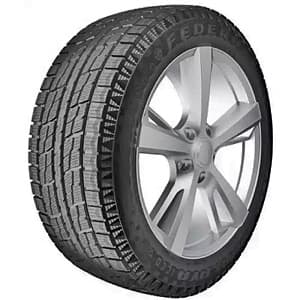 Thanks to the aggressive tread pattern with micropumps, zigzag blocks, and high sipe density, the Himalaya Iceo works as advertised in the winter.

On snow, the tire provides safe handling and good braking, and it even works over icy surfaces. Moreover, the tire resists hydroplaning very well and works in rainy conditions.

That said, the Himalaya Iceo suffers on icy surfaces, especially when compared to premium competitors. Not that it’s unsafe, but the handling isn’t very impressive, and the braking distances are longer.

Generally, Federal offers a comprehensive portfolio of good tires at very low prices. However, the company also suffers in some categories, especially when compared to more renowned manufacturers.

Here is a general overview of the good points of Federal’s products, but also some of its low points. These points don’t necessarily apply to every tire that Federal designed and produces, but you can use it as a general view of the company.

While many cheap tires aren’t particularly good in the safety department, the same can’t be said for Federal’s products. The tires from the Taiwanese company are safe on the street, with agreeable handling, good levels of grip and traction, and not very long braking distances.

Federal’s tires also work over wet surfaces. Sure, they are far from the class-leading traction that tire from Michelin, Continental, and Bridgestone provides, but they are still fine for everyday driving.

A quick search on the internet shows that owners of tires from Federal are satisfied with the treadlife. Again, the tires won’t last as long as the premium alternatives, but it seems like Federal struck a good balance between price and durability.

Federal passenger tires seem to be very good in the comfort department, at least when they are new. Owners are especially satisfied with the ride quality, which seems on par with some more expensive tires. The noise is also not a very big issue, although some models might be noisier than premium tires on the highway, especially when worn down.

Federal tires undercut the premium competition by a significant margin in terms of price. For some tires, the savings will be larger than $100, which is certainly not an insignificant sum. Crucially, the Taiwanese tires seem to offer very good performance for the money you pay.

Federal doesn’t provide any treadwear warranty on its tires, including the touring passenger tires, at least not officially. The company probably leaves this stuff to the dealers, which is certainly not impressive.

The Tires aren’t Responsive or Engaging

Federal seems to have learned how to make a good tread compound. A testament of that is its ultra-high-performance summer tires, which grip the road amazingly well.

However, the company is still to learn how to make a tire that feels well. Its tires aren’t very responsive, especially when you compare them to other tires in their respective categories.

Overall, that makes Federal tires less pleasing to drive on twisty roads. I can think of a dozen other tire manufacturers that offer more engaging tires in terms of steering feel.

Purchasing tires from unknown manufacturers is never a good thing, but at least now you can put Federal in your “whitelist.” The Taiwanese company still can’t compete with the best premium companies, and not even with Cooper Tire, General Tire, or Firestone.

However, Federal offers very good products for the money, which are most importantly, safe, comfortable, and durable.