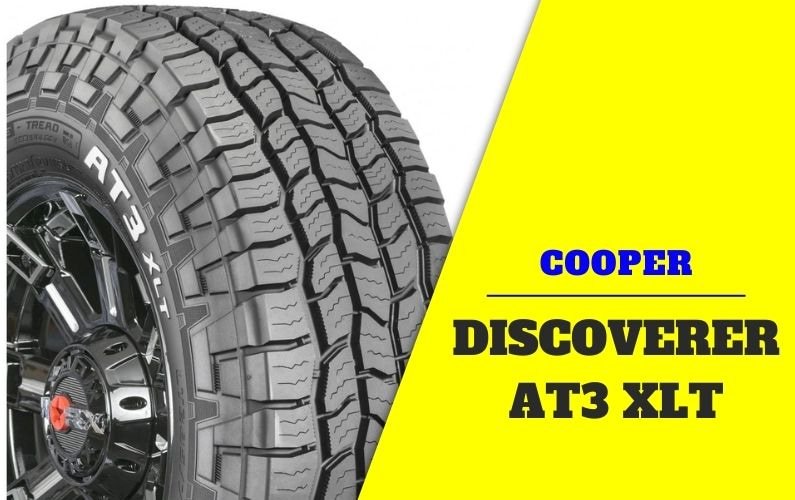 87%
at TireAmerica.com at TireRack.com at DiscountTire.com at PriorityTire.com at SimpleTire.com

With the rise of adventure-seeking and overlanding, SUVs and trucks have started gaining traction again. Moreover, people are increasingly searching for tires capable of some off-roading, but ones that still work well on the road. These products are named all-terrain tires, and they claim to be the only solution you need for your next adventure.

One such tire is the Cooper Discoverer AT3 XLT. Designed to provide excellent traction over slippery terrains but also to be stable on paved roads, Cooper’s all-terrain tire looks very promising. Moreover, the American brand designed it to be very tough and durable, which is always a big plus.

But how does that transfer in the real-world? You’ve arrived just at the right place to learn everything there is to know about the Discoverer AT3 XLT. In this detailed review, I’ll cover all aspects of Cooper’s popular all-terrain option to help you with the purchasing decision. So, without further ado, let’s begin!

The Discoverer AT3 XLT has all bells and whistles that Cooper has at its disposal. For starters, the tire is made from a shred-resistant silica-based compound, which should resist cuts, chips, and punctures better. Meanwhile, the Durable Tread Technology gives the tire a very long treadlife.

Furthermore, the Discoverer AT3 XLT features the Even Wear Arc that optimizes the footprint for even wear and Cooper’s Whisper Grooves design to quieten the ride. The tread pattern also features stone ejectors, as well as Rugged Traction Shoulders for hardpacked surfaces. Ultimately, the Snow Groove Technology with saw-tooth block edges improves traction in snow.

The Discoverer AT3 XLT features the industry-standard tread wear indicators (TWI’s). These are narrow rubber bars that sit recess into the grooves, in this case, 2/32 inches from the bottom, which is the minimum tread depth on this tire. Thus, when the tread depth reaches the lowest point, the TWI’s will be flush with the rest of the tread.

Fortunately, that won’t happen soon. The AT3 XLT is among the most durable all-terrain tires, with very good resistance to cuts and chips but also long treadlife. Cooper Tire also provides a 60,000-mile treadwear warranty, which is outstanding for LT-metric heavy-duty tires.

As a result of the off-road-focused design, the Discoverer AT3 XLT could feel a bit more cumbersome in the corners. What that means is that the tire won’t be as responsive and feel more truck-ish. Some people might want that, but for general driving, a more responsive tire is better. And Cooper already has such a product in its lineup – it’s called the Discoverer AT3 4S.

Nonetheless, when it comes to traction and stability, the AT3 XLT works very well. Your truck or SUV will feel stable, even at higher speeds, with good traction for acceleration and short stopping distances. Again, it’s not a class-leading tire in this regard, but it is out there.

There is an area where the AT3 XLT excels, though, and that’s towing and hauling. The tire remains stable under heavy load, even when towing very large and heavy trailers. So, if your overlanding adventure includes carrying a trailer, these are some of the best tires out there.

All-terrain tires are nice to have in downpours. Thanks to the deeper grooves and generally more aggressive tread compound, these tires offer better hydroplaning resistance, meaning your truck or SUV will be stable even in puddles of water.

However, things change when the roads aren’t that wet. Actually, in most circumstances, all-terrain tires have worse wet performance than normal tires. That’s because the contact patch is smaller, which limits grip. So, how does the Discoverer AT3 XLT fare in those conditions?

The quick answer is – really good. Sure, a set of highway tires will be safer, but as far as all-terrain tires go, this is one of the best around. There is ample traction on damp and wet roads, especially if you drive within the speed limit. As a result, you can quickly accelerate out of turn without worrying about the rear axle slipping on you.

However, if you want the best possible traction in rainy conditions, the Discoverer AT3 4S might be a better option since it’s more road-focused.

AT3 XLT’s aggressive and deep tread pattern can easily dig through snow and slush. However, winter tires usually have shallower grooves yet still work outstandingly well in snow, so that’s not the whole story. Notably, the rubber compound should stay soft and pliable in the winter to provide enough traction.

In that sense, Cooper’s all-terrain tire has an all-season tread compound, meaning it should stay pliable in the winter. However, a set of winter tires is still a better option, especially when driving on icy surfaces and packed snow.

Furthermore, the Discoverer AT3 XLT has narrow zig-zag sipes inside the tread blocks, which provide additional biting edges, helping with snow traction. Then again, a winter tire has much more sipes and will cut through the snow even better.

What does all of that mean? Well, this tire has enough traction to get you out of trouble – you probably won’t get stuck, even in deep snow. Cornering is also good, albeit you still need to be careful. Furthermore, the stopping distances will be longer than on any winter tire.

Ultimately, the Discoverer AT3 XLT doesn’t handle icy surfaces particularly well, which happens a lot in northern areas. So, you’ll still need a set of winter (snow) tires if you live in places with harsh wintry conditions.

One of the reasons people would buy a set of these tires is the increased off-road traction. And, the public seems to seek that more often lately. During the pandemic, we saw the rise of overlanding, giving people social distancing and leisure activities at the same time. A win-win situation, as they say.

And I must say that the Discoverer AT3 XLT is an excellent tire for those activities. As far as all-terrain tires go, I think it’s among the best for off-roading – that aggressive and deep tread pattern really helps in slippery conditions.

Notably, the tire is particularly good on hardpacked surfaces, providing the driver with ample traction and stability through the corners. It’s also good to hear that the tread compound can resist abrasion, cuts, and chips since dirt and gravel can destroy other tires easily.

Furthermore, the AT3 XLT performs very well in shallow mud. I didn’t have a problem finding traction in mud, and the stability was again excellent. Deeper mud might prove to be harder to overcome, but in that case, any all-terrain tire would struggle. There is a reason why tiremakers produce mud-terrain tires. Besides, the Discoverer AT3 XLT will work over rocks, but not for extreme rock crawling.

Overall, the average adventure seeker and overlander will certainly be pleased with how the Discoverer AT3 XLT handles rough terrain. It has enough traction to get you out of trouble and should survive rough terrains without a scuff.

In the past, all-terrain tires were cumbersome to drive, but more importantly for the average driver, very noisy. Fortunately, things have improved in the past decade – today, most all-terrain tires are quiet enough for most drivers and passengers.

The Discoverer AT3 XLT certainly belongs to that group, albeit not as a frontrunner. The tire is not noisy, especially considering the aggressive pattern with large tread blocks, but you can still hear a certain tread growl. I don’t mind it, and I believe most off-roaders won’t, but if you want the quietest ride, then the Discoverer AT3 4S might be a better option for you.

As far as ride quality goes, the AT3 XLT is reasonable. On most paved roads, it deals just fine, but larger potholes can be felt as “thumps” in the cabin. In other words, it’s not as sophisticated as some other options in the category.

But should that be a deciding factor? Certainly not. These are things that I’m searching for in a test drive, and most drivers would probably not notice them. Besides, the AT3 XLT is a tough and durable tire with stiff sidewalls, so a slightly harsher ride quality should be expected.

Should I buy the Cooper Discoverer AT3 XLT?

The Discoverer AT3 XLT has only some minor downsides if we can call them that. Overall, it’s a very well-accomplished tire that works in a variety of conditions, including on-road driving, off-roading, towing, and hauling. It also doesn’t cost a fortune. Therefore, I think that you should definitely put it on your shortlist when purchasing the next set of tires.

1 thought on “Cooper Discoverer AT3 XLT Review: a Durable and Great-Performing All-Terrain Tire”